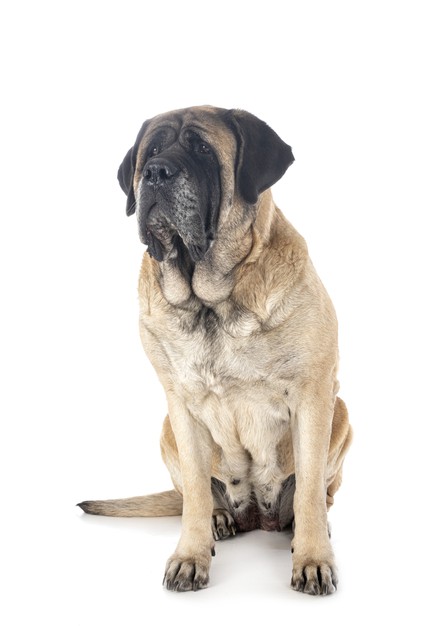 Borne gentle and calm temperament Mastiff is very tender dog for houses. It is serious natured, devoted and trustworthy housemate. It behaves pleasantly with children, animals and other pet of the house. Its larger size demands a longer activity and wider area to play in. It stays respective, humble and obedient to its owner and family members. It is truly all time companion and a passionate guardian of the family.

It is the pack of power, strength and courage, while build is healthy, heavy, high density of bone, well muscled and high stamina vital loin. The dog looks rectangle dimensioned, a little longer than in height; consist of solid fillings and sturdy build. The gait is graceful, powerful and tricky showing full control on chase, approach, hit, jump, dive and grasp. The inner coat is dense and tough, outer one is averagely rough, short in length and well suited for outdoor activities. Majestic look is full of pride and self-esteem. It stares watchfully and shows its vigilance.

The breed dates back as early as 3000 BC, in the Egyptian mountains. The Mastiff is considered the oldest known breed of Mastiff dogs. The breed had a history of war fight against human soldiers of British in 55 BC. Conquerors introduced the breed in Rome as a professional combatant or a captive who entertained the public by engaging in mortal combat with human scrappers, and other wild animals including lions. They got popularity as the guard of human, cattle and some other animals and declared as the best trustworthy companion and the friend of all the times of need. The Mastiff was compared as the lion relates with cats, the Mastiff relates with dogs. Believably, the ship in which the Pilgrim Fathers sailed from England to Massachusetts in 1620 was the source of introduction of Mastiff to USA. Public demands caused more transitioned worldwide, but the breed become rare by the end of 2nd World War. The Mastiffs were brought to England and Canada and were developed again. The popular applications of the Mastiff dogs are work dogs, carriage, watchdog, guardian, sniffer dog, tracker, military and police detective dogs. There increased stamina can hold all out activities for considerable longer periods.

This is originally a war fighter dog and had been used to fight against professional worriers, wild animals, and monsters, had also worked as weight puller, flock guardian and watch dog, its politeness make it a perfect housemate. The harder it is, for harder jobs and soft at home. Quite often, it is called as a gentle giant. They are self motivated and confident in reactions while remain attentive and alert to any situations and intelligently decide the future course of actions their selves. These dogs show a graceful calm and harmony in their pace, reflection of valor in their expression. They are readily adaptive towards family life, get bonded strongly with owner from the childhood and make an agile company in and outdoor simultaneously.

Harmless to all family members including children, however, young kids should not be left without governance in its vicinity.

They can recognize family members at very short period of time. Learning quickly and responding well to gentle and tolerant training, the violent attitude of trainer is not appreciated by these giants and would get aggressive in response. They remain distant and behave detached with strangers and other animals. The need of socialization is paramount and should be commenced from puppyhood. The breed is proved as an excellent family protector and guardian. Train to make an effective watchdog, they will not let anybody to step in the territory until you accept them. Its simple gaze is sufficient to any stranger to retire back. 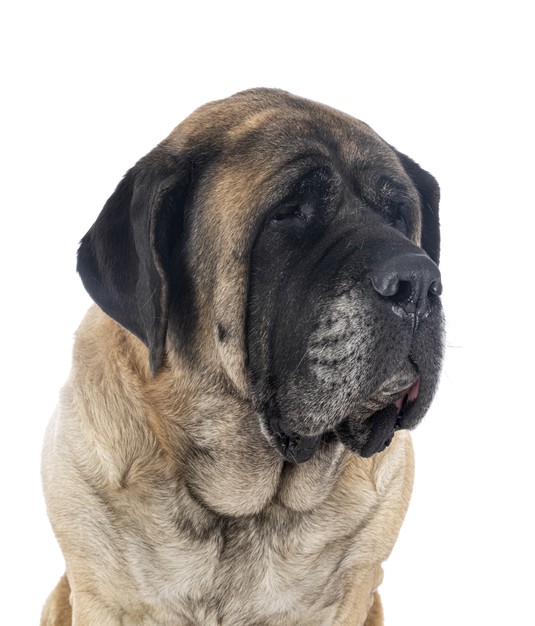