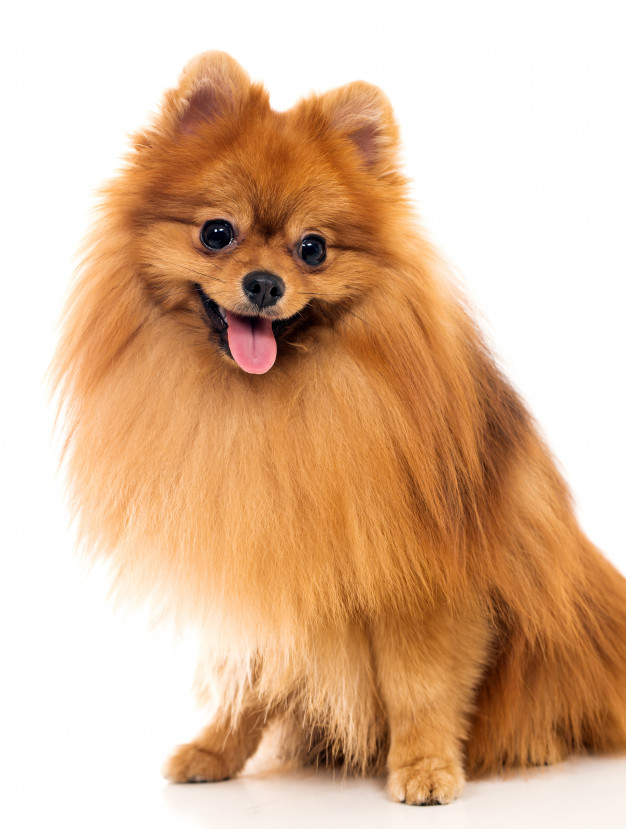 The cheerful and intelligent family companion, Pomeranian dogs are small-sized, highly energetic, active, lively and alert dogs. They extremely love and care towards their families, remain touched with and eager to please the owner. They feel thirst of love and affections from the master and urge to possess the position at the centre of attention. They are exceptionally loyal and trustworthy to handler and have willing attitude in training.

The breed is square-proportioned small, spitz-type dogs with cylindrical body. Same like spitz, the dog has small ears with double coat and upward curved tail. Undercoat is thick, dense and soft whereas outer coat is rough, long and harsh stands off from its body structure. The combination results in a distinguished bouffant expression. The coat needs to be brushed regularly. The look is clever and sharp resembling fox appearance. Its gait is easygoing, flawless with good ability of approach and drive. The head is held high with proud. The thick frill and head carriage further enhances its expressions quite unique.

The breed is named after a region naming Pomerania, presently the area at the border of Germany and Poland. This dog is developed by the breeders from some Spitz breeds of the area. Mother breed of Pomeranian sized large with approximately weight of 30 pounds, and was used as sheep guard dog and cattle herder. The dog had been owned by many dignitaries including Queen Victoria, Emile Zola, Mozart and Marie Antoinette. The breed got first recognition with England Kennel Club in 1870. The dog was presented by Queen Victoria in a dog show during year 1888. In the same year, Pomeranian was registered with American Kennel Club. The Queen Victoria stood first who bred down the dog in size of current Pomeranian dog, thereafter the dog became a popular breed of the England. The dog is much capable of performing tricks for amusement and agile house companion.

The Pomeranians are expressive, smart and sensible dogs. They are high spirited, enthusiastic lover and affectionate. They tend to get involved in the family and occupy a central position. They eager to built friendship and want to be among the crowd of loving people. They can also be used as a companion with singles and are fond of travelling. Their size is small which readily suits its travelling desire, they can interact more people as the people their self show affection towards small dogs. The dog is harmless to older children, however small kids could tease the dog, in a return the dog loses its tolerance and get snappish. Further, being toy breed, should be treated with extreme care rather it is a fragile, hard handling could result in any abnormality or disability of some organ.

Another test of the owner is its loud and wrecking barking. The breed barks a lot, making the situation worse when your neighbor is at the end of his patience.

The Pomeranians are responsible, they willfully accept their duties; however they are dominating natured and will not allow other dog to even assist in their duties. Puppyhood training is mandatory to socialize the dog and make it operate able with other dogs in your house as pets. Their small size often causes an inferiority complex build in their nature when a dog of very large size enters the house. They are not overly clingy, rather they are followers and can accompany owner in room to room. Their affectionate nature for other pets at home could only develop when timely training and socialization is started. The Pomeranian responds training activities quite well and willingly. 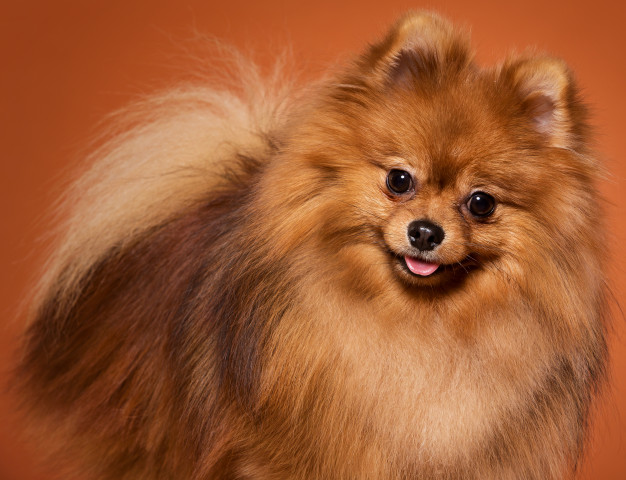